As a highly respected and admired innovator and market leader in the construction industry, James Hardie boasts over a hundred years of experience and knowledge from across the globe. It can easily be said that no other company possesses the same level of credibility and expertise as James Hardie when it comes to fibre reinforced cement building products.

The predecessor to the current James Hardie company was established in 1888, when the enterprising young James Hardie, searching for new opportunities, left his family's tannery business in Scotland and emigrated to Melbourne, Australia, where he established an import business. While on a trip to London in 1903, James chanced upon 'fibro-cement', a new type of roofing and lining slate that was made in France, and began importing it in to Australia.

James Hardie retired in 1911 and sold his half of the business to Andrew Reid, whose family led the expanding business from 1911 until 1995, when his grandson John B Reid retired. 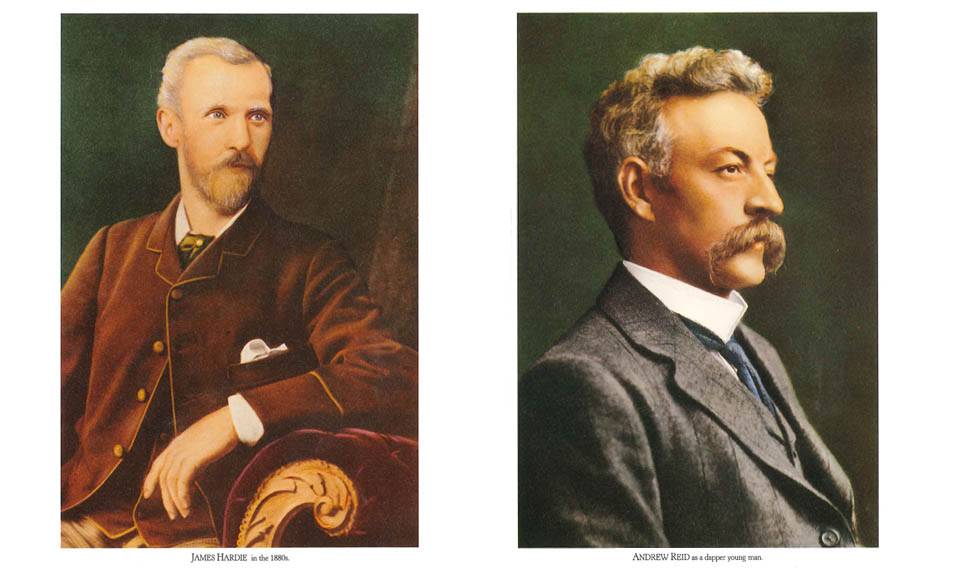 A publicly-owned company, later known as James Hardie Industries Ltd (JHIL), James Hardie was listed on the Australian stock exchange in 1951. In the following years, the company built up a diverse portfolio of building and industrial products businesses including a wide range of asbestos-based products. 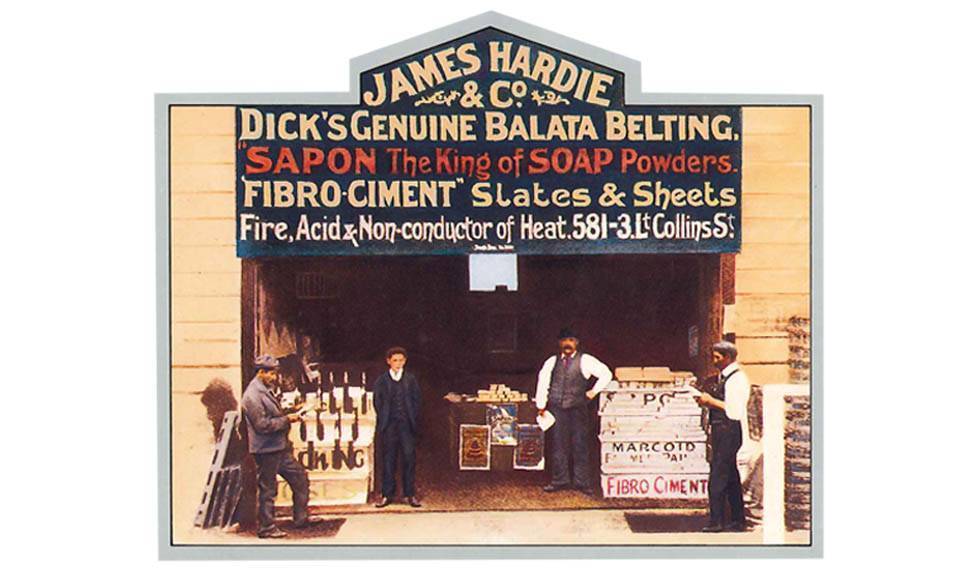 Move of corporate domicile to Ireland

The growth in James Hardie's US earnings and future opportunities by the late 1990s resulted in a number of significant structural issues, primarily related to financial inefficiencies for James Hardie and its existing, predominantly Australian, shareholders.

In order to maintain dividends and to fund other obligations in Australia, it would have been necessary to repatriate US-sourced profits to Australia. This would have resulted in significant US withholding taxes being incurred, lowering the after-tax earnings of JHIL and hence limiting distributions to shareholders. This would have reduced the value captured from the continuing growth of the businesses of the US companies within the James Hardie Group.

Therefore in August 2001, James Hardie undertook a corporate restructuring to establish a new Dutch holding company, James Hardie Industries NV (JHI NV). The new structure was designed to position the company for further international growth, and generate higher returns for shareholders than were possible under the previous structure. JHI NV became a resident of The Netherlands for the purposes of the US-Netherlands tax treaty.

In 2004, the US/Netherlands tax treaty was amended to provide, among other things, new requirements, including a substantial presence test, which the company must meet to continue to qualify for treaty benefits. The amended treaty became effective for the company on 1 February 2006. Although during fiscal year 2006, the company made significant changes to its organisational and operational structure to satisfy the requirements of the amended treaty the domicile structure became increasingly difficult.

In particular, the requirement to have management located in The Netherlands and a continuing significant risk of, potentially costly, disputes with the IRS that could involve annual penalties of up to US$50 million meant that The Netherlands was no longer appropriate for James Hardie.

The Board considered many alternatives, including re-domiciling either to the US or to Australia. In the end, however, the specific provisions of Dutch corporate law for such transactions – and in particular the requirement for an acceptance threshold of 95 per cent of the entire issued share capital of the company – were thought to be both practically impossible and overly complicated.

Dutch law does allow movement of domicile within the European Union subject to the more realistic hurdle of achieving shareholder support from 75 per cent of the votes cast. After much review, this was the route pursued.

The Board then conducted a review of European EU countries before proposing to move the company’s domicile to Ireland. Ireland provides many benefits including having a stable political environment, a robust legal and taxation regime, and a well-educated workforce.

In 2009, James Hardie put forward to shareholders a two-stage proposal (the Proposal) to transform James Hardie into a Societas Europaea company (SE) (Stage 1), and move its corporate domicile from The Netherlands to Ireland (Stage 2).

The company completed Stage 1 of the re-domicile Proposal on 19 February 2010 and transformed from a Dutch NV company to a Dutch SE company. On 2 June 2010, shareholders approved Stage 2 of the Proposal, with 99.59% of votes cast in favour of the resolution.

Following this vote, on 17 June 2010, the company moved its corporate domicile to Ireland and became subject to Irish law, in addition to the Council of the European Union’s Regulation on the Statute for European Company regulations governing an SE. The Board of Directors of James Hardie Industries SE held its first meeting in Ireland on 29 June 2010.

This represented the final step in the company’s transfer from The Netherlands to Ireland.

In the mid-1980’s, James Hardie pioneered the development of asbestos-free fibre cement technology, and began designing and manufacturing a wide range of fibre reinforced cement building products that made use of the benefits that came from the products’ durability, versatility and strength.

Using the technical and manufacturing expertise it developed in Australia, James Hardie expanded its operations, in particular to the US, to become a leading, specialised manufacturer of a wide range of fibre cement building materials.